Off and running: What Brian Kelly said in his first press conference as LSU coach 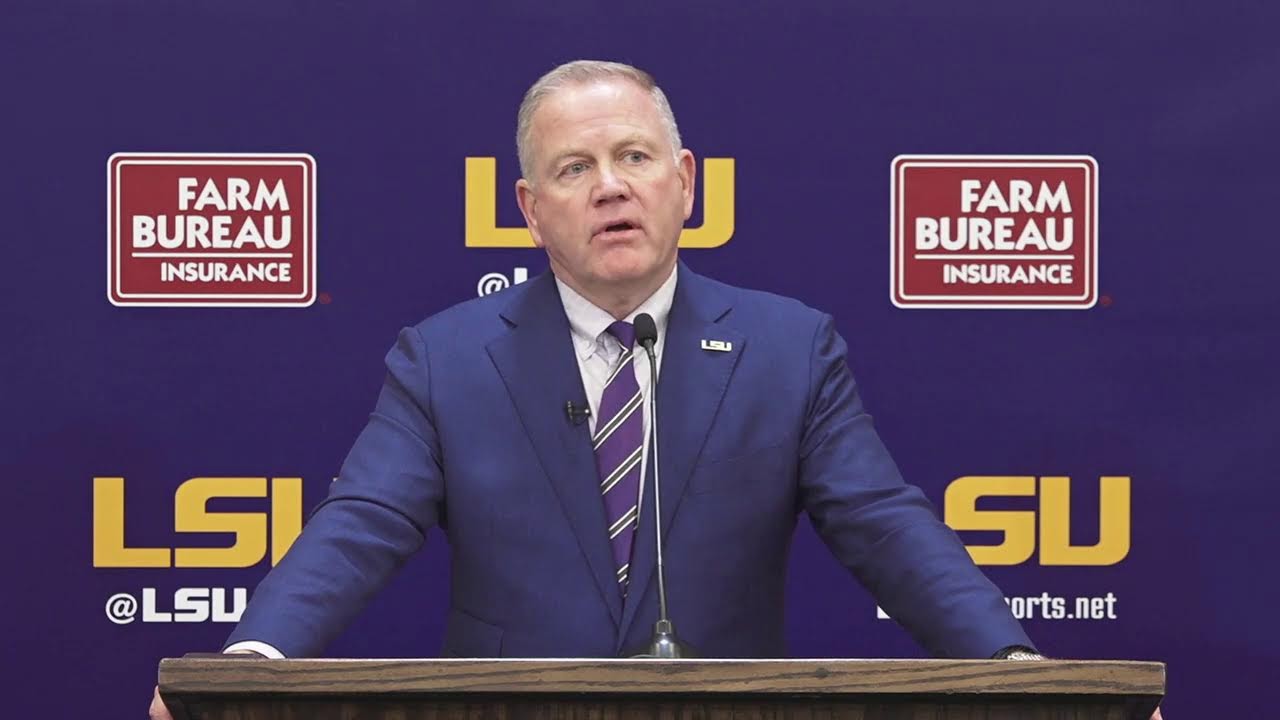 Brian Kelly was officially introduced as head football coach at LSU on Wednesday afternoon. Here are some of the key points from his 37-minute press conference at Tiger Stadium.

♦ Wearing a blue suit, a purple and black-and-white striped tie, and an LSU pin on his lapel, Kelly spoke to start with prepared notes, with the names of all the LSU people he wanted to thank and had met only hours earlier.

♦ Kelly couldn’t say enough about his 12 years at Notre Dame and the people and the players that he worked with in South Bend but said he embraces the “incredible challenge” at LSU.

♦ Kelly said there “was no plan in place” as he entered the 2021 season to look for another job. But he was intrigued by the vision and opportunity presented to him by LSU's athletic director, Scott Woodward. And he wanted to be among the best college football programs, with a conference, the SEC, that is “at the highest level.”

♦ Kelly said he loved the players at Notre Dame and it made for a tough decision. But when he saw LSU, he saw a chance to do something different than what he did in South Bend.

♦ Kelly said leaving is never easy and that it could never be done in a good way. But he said he did his best in departing Notre Dame and felt he was transparent.

♦ Legacies, and what his would be at Notre Dame, aren’t part of what he ponders. Kelly said people will evaluate him based on his entire life’s work.

♦ Are there coaches still at Notre Dame that Kelly would want at LSU? Yes, he said, but added that it’s "a process."

♦ Regarding the two lopsided losses at Notre Dame in the College Football Playoff, Kelly insisted that never knocked his confidence and that the Irish could “continue to build toward a national championship.”

► Hansen: Breaking down the compelling people and next steps in ND's life after Kelly

♦ In terms of high school players already committed to Notre Dame and possibly getting them to LSU, Kelly said the most important aspect is to first take care of the players who’ve committed to LSU.

♦ On the possibility of finishing his coaching career at Notre Dame had he chose to, Kelly said. “I don’t think there would’ve been any hindrances there.”